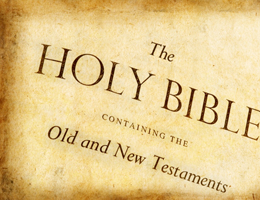 By John A. Sterling

The United States of America was not born in a vacuum nor did it emerge from a single spasm of political or social reaction. The nation was, as Lincoln proclaimed at Gettysburg, “conceived in liberty” long before the war with England for independence. What philosophical or historical writings influenced America’s founding? (see Development of Western Political Thought) Although the Magna Carta (1215) is considered by many scholars to be first written acknowledgement of the principles which would appear later in our U.S. Constitution, this author’s research has led him to conclude that the written origins predate the Magna Charta by at least three thousand years. Further, the roots of American Constitutional Republicanism are less philosophical than theological. When one searches for underlying principles of self-government, it is not difficult to trace the historical origins back several thousand years- to the ancient Hebrews in the Old Testament of the Bible.
READ MORE

The Bible and Government
Biblical Principles: Basis for America’s Laws

The Biblical Basis of Limited Government

The basic purpose of civil government is to uphold justice, freedom, and order in a fallen world. Jeremiah 17:9 tells us, “The heart is deceitful above all things and beyond cure. Who can understand it?” This is why, because of our sinful nature, a government that disperses power is better than one that draws power into the hands of only a few.

Since humans cannot be trusted with power, safeguards must be instituted. One of these is the separation of powers. Isaiah 33:22 states, “For the LORD is our judge, the LORD is our lawgiver, the LORD is our king; it is he who will save us.” Notice the implication of judicial, legislative, and executive powers of God. This verse is one of the inspirations behind America’s three branches of government—commonly known as a system of “checks and balances.”
READ MORE

The Myth of “Separation of Church and State”

Many Americans may be surprised to learn that the words “separation of church and state” do not appear in the First Amendment—or anywhere else in the US Constitution. In fact, here is what the First Amendment actually does say: “Congress shall make no law respecting an establishment of religion, or prohibiting the free exercise thereof; or abridging the freedom of speech, or of the press; or the right of the people peaceably to assemble, and to petition the Government for a redress of grievances.” So, where did the phrase “separation of church and state” actually come from?
READ MORE TO MAKE A TAX DEDUCTIBLE DONATION

Enter donation amount in the box. Click the Make a Donation button.

ABOUT
Patriot Pastors.net is a Religious Education Program of Layman Lessons Church, registered with the State of Tennessee.
FOLLOW US
© Copyright 2020 patriotpastors.net. All rights reserved. Design by BekeRo